Do You Know Outdoor Lighting? 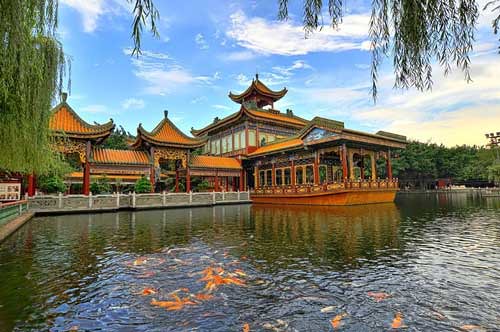 Have you ever been to Baoma Garden? There are many waterproof led lights in there. After reading this article, you will have the better understanding about Baomo Garden and Outdoor Lighting. 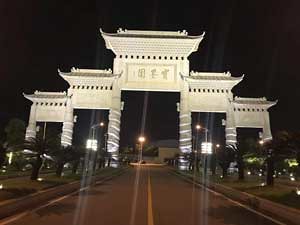 Baomo Garden is located in Zitong Village, Shawan Town, Panyu District, Guangzhou City, Guangdong Province. It was built in the late Qing Dynasty. Due to the breaking of the old, cultural relics were destroyed in the 1950s. Reconstructed in 1995.

Baomo Garden is a well-known leisure resort, combining Qing Dynasty government culture, Lingnan ancient architecture, Lingnan garden art, and the Pearl River Delta Watertown features with a beautiful environment. Every day attracts a large number of tourists to visit and play. Approaching Baomo Garden, you can see a giant stone carving arch standing in front of you. It is majestic and magnificent. The whole arch is a giant stonework. 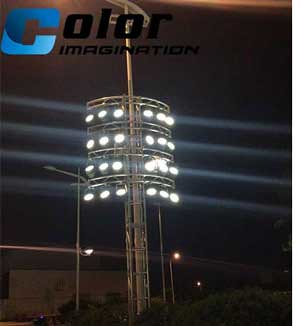 The waterproof par light of Color imagination was re-used by Baomo Garden again last year. As many as 96 were placed under and around the archway, illuminating the giant stone arches brighter.

This is an ultra-high power outdoor LED par light--SI-036A LED PAR 543IP. This Par light uses 54 3W LED lamp beads, small size, lightweight, but with high brightness output, RGB color mixing characteristics of uniform and pure. At the request of the garden party, the par light could also be transformed into a cool white light with 6500K, illuminating the entire archway more brightly. The flowers and the beasts on the pillars were even more clearly visible. When it is nightfall, the stone arches will light up and become a landscape on the night of Baomo Garden.

After reading this blog, do you want to learn more about related information? Please follow us and we will update more knowledge for you.